I remember the first time I heard about Writers of the Future. I was a young writer just learning how to write a story, dabbling in fanfiction and doing NaNoWriMo, and a writing friend of mine told me there was this contest for mostly unpublished writers that paid great money and published your work and had some of the biggest names in speculative fiction associated with it. ‟OK!” I thought, ‟That sounds awesome! Someday when I get good enough, I’m going to try that!”

Fast forward a few years. I’d graduated, had a real job, a husband, a baby, and was getting back into writing fantasy. I went to a workshop at a con, and some of the people were talking about waiting to hear from Writers of the Future. ‟OK! ” I said, ‟Maybe I I’m good enough! I’m going to start entering that!” So I did, and I got a rejection.

The next phone call came too early. The judging hadn’t started on the next quarter. This time, they had different news for me. Writers of the Future wanted me to be a Published Finalist for Volume 32.

What’s a Published Finalist? Every year the anthology features the work of the three winners from each quarter. Sometimes, if there’s still room in the anthology, they’ll include one (or two, in some years) runners-up. It’s a huge honor to be chosen. They bring you out to LA for the workshop, give you a trophy, pay pro rates for your story, commission art—honestly, it’s just like winning, except you’re eligible to keep entering the contest if you haven’t ‟pro’d out” and sold more than three short stories.

So I packed my bags and off I went to Hollywood for a week! I studied under masters of the craft, rubbed shoulders with pros, and made friends with other writers my level. I learned things that would take me several more years to make instinctive but improved my writing in so many ways. I wrote a story in 24 hours, which has since been published. 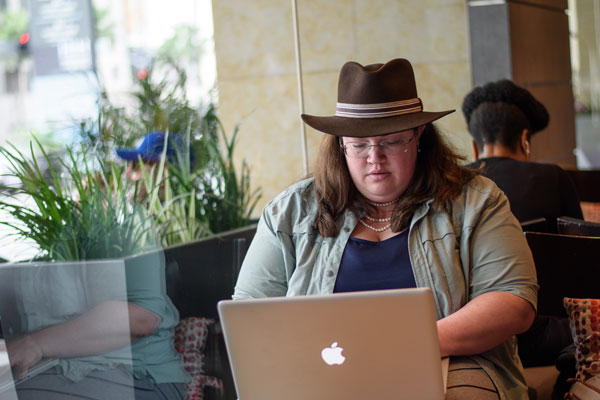 What did I learn?

It was an amazing, fantastic, fabulous week, and while I was there, people kept telling me they hoped to see me come back and win. It’s happened, they said. It’s been a while, but it happens. Keep entering. I promised I would.

The night of the gala, I looked at the program book for the event, which had a list of everyone who had ever won Writers of the Future. After more than thirty years, an impressive list, with so many of our genre’s greats. I saw all my new friends’ names listed.

Because I hadn’t won. During the week, I’d almost forgotten. I felt like a winner. I was treated like a winner—but I wasn’t. Not quite. Not yet.

I went home. I wrote more. I had some struggles. Turns out, I am not creative when pregnant. I had a baby a year after attending Writers of the Future, and missed a couple of quarters.

Then the next phone call came. I honestly forgot I had entered that quarter (see above. Newborn babies fry your brain). But I was a finalist again!

And I didn’t win.

I got back to work. I wrote and studied and entered. I got Semi-finalist, and Silver Honorable Mentions, and enough Honorable Mentions to paper a room. It had been two years since I’d been to Writers of the Future. Then, three.

Then I got a fifth call. This had to be it, surely? I’d never heard of anyone being a finalist more than five times. And I had a story at a pro-market being considered for publication that would end my eligibility for Writers of the Future.

I looked at my story. It was one of my finalists from Writers of the Future previously. I loved this story; I believed in it. I didn’t know if I believed in the edits they wanted. I slept on it.

December 2019 hits, and I had a c-section scheduled just two days away; I needed to get something submitted or miss a quarter. I took a story that had previously received an Honorable Mention but that I really loved. I looked it over. I trimmed a big chunk of words off the start and punched up the ending, just a little. And I sent it in, and then I went and had a baby.

In April, I got a phone call. By now, I know what it means when the ‟Caller Unknown” flashes on my phone, so I answered it right away, and sure enough, I’m a finalist again, for a sixth time! I was excited, but I’d been close so many times. I wasn’t sure I was good enough.

A week later, I get the second phone call.

And I won. I won! Third place! After years of trying, after having been to LA for the workshop and gala and knowing exactly what it was I was trying to win, I had finally won. 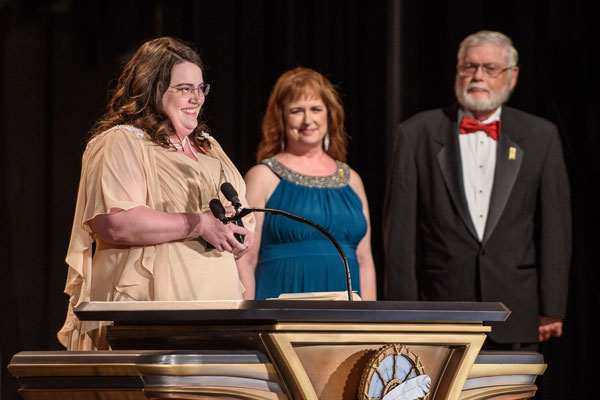 So if you’re wondering, is the Contest really all that? It sure is. Take it from someone who’s been there—and can’t wait to go back. 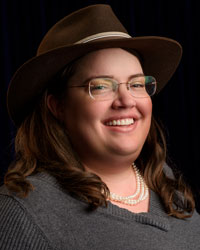 K. D. Julicher has been writing for as long as she can remember. She has a master’s in computer science, which leaves her with an unfortunate fondness for semicolons. Since college, she has lived in every time zone in the contiguous United States. These days she lives in Nevada, where she collaborates with her husband on stories and children. Turns out all the best brainstorming happens while off-road.

She is proud to have been a published finalist in Writers of the Future Volume 32. She made it her goal to return as a winner and now has. She also won the Baen Fantasy Adventure Award and had stories published in InterGalactic Medicine Show, Abyss & Apex Magazine, and Deep Magic.

Her next goal is to publish a novel series featuring the bear warriors that have graced her most popular stories.

To learn more, go to https://www.kdjulicher.com

Things to Write About: Prompts
Scroll to top