I really really thought that having kids might make this whole writing thing blow up in my face.

I mean, how do you keep working on a novel when you’re sleep-deprived, feeding a helpless human from your own body, and trying to keep up on washing body fluids out of everyone’s laundry?

When I gave birth to my first child in 2013, it was the best day of my life and the end of my writing life for many long dark months (at least in the artistic sense). When I wrote my first postpartum blog post, I described the feeling of emerging from a cave back into the light again.

But then I continued to be depressed. I pushed friends away, desperate to find the means to love and care for my growing family and also maintain a faithful connection to the stories I was absolutely sure I needed to keep on writing. But I just couldn’t see how. If there is a moody dramatic impassioned artist type, it pretty much fits me like a glove. (Pity the people who have to put up with me y’all).

So I wept and struggled and tried to write in fits and starts and was interrupted a bajillion times. I brazenly decreed my baby son’s naptime would be my new sacred writing space and begged my mother to help me with childcare while I retreated to her basement or a nearby coffee shop to scribble lines that, if not literature, were at least insanity preventatives.

The Rise of a New Voice

And then, I don’t know exactly when it hit me, but I realized something was shifting inside of me, a gathering, powerful storm. A clarified voice was shaping from within my stories, and it was fierce. The Mother Voice was rising, a burgeoning need to fight and protect the vulnerable and young.

In July 2014, I set out to North Carolina to attend a literary boot camp with Orson Scott Card. He was a writing hero of mine and this was a realization of a personal dream. My son came with me, along with an amazing friend who volunteered to be there to help with him. While at that workshop, I wrote a story called “Here,” in which a motorcycle riding, rough-edged woman softens just enough to start caring for a young homeless boy.

It was the first piece of fiction in which my maternal thoughts were being interwoven with my fiction. My son was 11-months-old at the time. Taking him with me was one of the most challenging things I’d ever done, but I was certain he and I could not be apart for a week yet, simultaneously desperate that I did not miss my chance to attend the workshop. The tension between my two worlds, the writer and the mother, created a kind of static electricity that, I believe brewed my own internal storm.

I thought that becoming a mother and having powerful writing dreams would, in all practicality, send me over “the edge.” Something would have to give, and since I couldn’t, uhm, get rid of my kids, I believed I’d have to bury my writing all the while pretending I didn’t feel incomplete and pallid when I stopped making stories.

But then I realized, as I was writing the words I would use to accept my Writers of the Future award, that my children (I had a son and a daughter by that point) had given me a new, vibrant depth to my storytelling. They had made it better. “Here” was re-written and developed into the piece that became “Untrained Luck,” which earned me the honor of inclusion in Writers of the Future Volume 35.

In college, I was writing short plays for a class and my professor commented that I wrote a lot about family. Recently, while editing my short story “Inheritance” for publication in Escape Pod, an editor mentioned that the symbolism and family ties in the work were something not seen enough of in science fiction. It seems themes of family have been haunting me even before I had children, but are now magnified by their presence in my life.

What I want to say to you writers out there, is that there may well be literary gold in the very same little persons who distract you and pull on your clothes and delight in wrestling with you on the floor and forcing you to read them Dr. Seuss’s ABC for the four-hundred-and-eighteenth time. Those munchkins who you’d jump in front of a bus to save are teaching you about the stories you’re burning to tell, and the sacrifices that are really worth making.

Our complicated lives don’t have to be the things that block and choke our storytelling. Sometimes, it’s those wide-eyed miniature people who adore you and keep you up at night and wring your heart dry, that give you the seed of the story you’ve always needed to tell.

In my case, my family helped me write a story that became a huge and important milestone for my career. And they’ll be helping me write my next one.

We met up with Elise at the World Fantasy Convention and had an opportunity to speak with her. Here is that podcast. 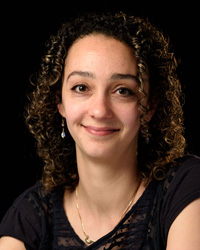 Elise Stephens was raised on a steady diet of fairy tales and Disney musicals. Early involvement in the theater left Elise with a taste for dramatic, high-stakes adventure while frequent international travel gave her awe and respect for foreign cultures. When she fell in love with the intricate plots and strange worlds of Science Fiction and Fantasy novels, her fate was sealed for the writing life. She graduated with a Creative Writing degree from the University of Washington where she was awarded the Eugene Van Buren Prize for Fiction. She attended Orson Scott Card’s Literary Boot Camp in 2014.

Through her fiction, Elise strives to discover the beauty within brokenness and unlock healing after devastating loss. She intends for her stories to offer light and strength for facing the darkness and disappointments of this world. Becoming a mother six years ago added a ferocious affection to her storytelling, and themes of self-sacrifice, legacy, and family ties currently permeate her work.

Elise lives in Seattle with her amazing husband and two rambunctious kiddos in a house with large windows for letting in the sunlight that she constantly craves, both literally and metaphorically. She has three published novels and her short fiction appears or is forthcoming in Writers of the Future Vol 35, STUPEFYING STORIES, and Escape Pod. She is currently writing her fourth novel. Learn more about her writing at www.EliseStephens.com

Illustrators of the Future Welcomes Award-Winning Artist Dan dos Santos as its...
Scroll to top