“A culture is as rich and as capable of surviving as it has imaginative artists. The artist is looked upon to start things. The artist injects the spirit of life into a culture. And through his creative endeavors, the writer works continually to give tomorrow a new form.

“In these modern times, there are many communication lines for works of art. Because a few works of art can be shown so easily to so many, there may even be fewer artists. The competition is very keen and even dagger sharp.

“It is with this in mind that I initiated a means for new and budding writers to have a chance for their creative efforts to be seen and acknowledged.”

—L. Ron Hubbard Introduction from Writers of the Future Volume I

The following article was written by William J. Widder in 2003 as part of his Master Storyteller: An Illustrated Tour of the Fiction of L. Ron Hubbard. Since that time, the L. Ron Hubbard Writers and Illustrators of the Future Contests have continued paying it forward and are now recognized by the Midwest Book Review as “the gold standard of emerging talent into the field of science fiction fantasy that has contributed more to the genre than any other source.”

In the mid-1930s, soon after his own stories started appearing in the pages of America’s popular fiction magazines, he shared his hard-earned experience with creative writing students in speaking engagements at institutions such as Harvard and George Washington University. In such forums, he offered practical advice on how to break into the ranks of professional writers.

When, in 1935, he was named president of the New York Chapter of the American Fiction Guild, he made it easier for writers to join the Guild and readily shared his knowledge of writing and publishing with others who sought his help.

Hubbard also generated a series of “how to” articles that appeared in a number of writing magazines in the 1930s and 1940s, offering guidance to help new writers navigate the obstacles they were likely to encounter. In 1940, as a feature of a radio program he hosted in Ketchikan, Alaska, while on an Explorers Club‒sanctioned expedition, he offered advice for beginning writers and went one step further, initiating the “Golden Pen Award” contest to encourage listeners of station KGBU to write fiction, and he awarded prizes for the best stories submitted.

Years later, in recognition of the increasingly difficult path encountered between first manuscript and published work, particularly in an era in which publishers devote the lion’s share of their promotional budgets to a few household names, L. Ron Hubbard “initiated a means for new and budding writers to have a chance for their creative efforts to be seen and acknowledged.” He created the Writers of the Future Contest and, two decades later, (1) the results of his prestigious contest speak for themselves. 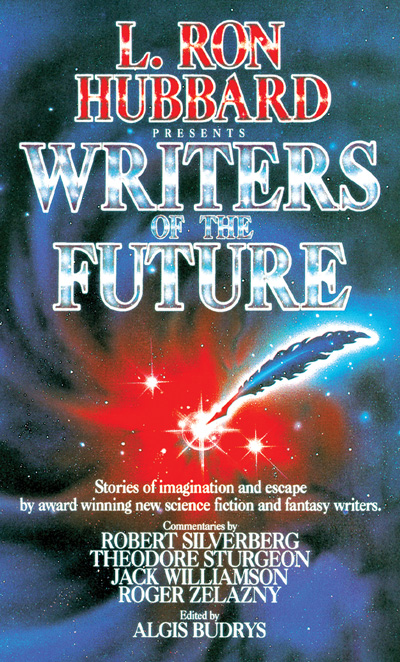 In addition to cash awards, winning entries are published annually in the L. Ron Hubbard Presents Writers of the Future anthology, the first of which was released in 1985. The exciting offerings of the field’s next generation are interspersed with insightful commentaries for new writers by the established professionals. By 2002, seventeen more anthologies had been published since that first one, with more on their way. As Algis Budrys notes, “Prepublication orders throughout the U.S. set records, and a succession of print order increases occurred at a gratifying and startling pace.” Beyond that, the Writers of the Future anthologies have been used as instructional texts in creative writing and literature classes in scores of colleges and universities, including, among others, Rutgers University, Pepperdine University, the University of Kansas, the University of Houston, and Brigham Young University.

The annual contest inspires both the writers of speculative literature and those who share that inspiration. The Writers of the Future annual awards ceremonies enjoy the support and participation of many of the world’s most celebrated scientific figures. Nobel Prize-winning physicist Dr. Sheldon Glashow, for example, served as a panelist for award ceremonies held at the United Nations, while astronaut Story Musgrave (of Hubble Telescope repair fame) served in the same capacity for ceremonies at NASA’s Space Center in Houston, Texas.

The Writers of the Future awards ceremony was the first such symposium held in the United Nations Trusteeship Council Chamber, and thus was the first celebration of speculative fiction on an official international stage. Hosting the event was Hans W. Janitschek, president of the United Nations Society of Writers and Artists, who remarked that “L. Ron Hubbard was a creator of the first order, blessed with an imagination beyond description. He saw and wrote the future, inspiring millions and awakening the genius of writing in thousands.”

The prestige and influence of the Writers of the Future Contest led directly to the creation of its immensely popular adjunct, the Writing Workshop. Inaugurated in 1985, and affording contest winners personal critiques and instruction by such masters of the craft as Algis Budrys and Tim Powers, the Writing Workshop is an extension of magazine articles Hubbard authored in his early years for Writers Digest, Writer’s Review, the Author & Journalist and Writers’ Markets & Methods to help other writers develop their talents. These articles, used today to teach the basic skills of story writing, combine compassion with encouragement for the fledgling writer, and continue to offer insightful lessons in writing techniques.

Just as L. Ron Hubbard intended, the Writers of the Future program has given novice writers an unparalleled opportunity to develop and market their creative efforts. The success of the program, however, cannot be defined simply by the number of deserving writers discovered through the merit competition or the number of students who have completed the Writing Workshop, or even by the number of writers who have been published in the annual anthology, many for the first time. The definitive measure of its success is its fulfillment of his legacy—that new writers are assured the opportunity and means to contribute to the literature and creative standards of today and tomorrow.

Since its inception, the contest has helped place more than two hundred and fifty new novels and close to twenty-five hundred short stories on American bookshelves. (4) Furthermore, it has launched the professional careers of two hundred young authors, and has rightfully earned its accolade as “a credit to American literature and a singular, generous event.” The Writers of the Future Award has also earned its place alongside the Hugo and Nebula Awards in the triad of speculative fiction’s most prestigious acknowledgments of literary excellence. Just as L. Ron Hubbard, the writer, changed a genre in the twentieth century, so, too, is his legacy accomplishing the same feat as the twenty-first century blossoms.

(4) The over 500 past winners and published finalists of the Writing Contest have published over 1,800 novels and nearly 6,200 short stories. They have produced 33 New York Times bestsellers, and their works have sold over 60 million copies. 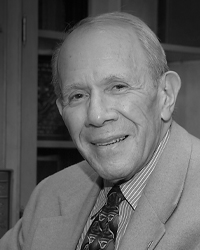 A former national news editor and book and art reviewer for International News Service and special feature writer for the New York Daily Mirror and the Journal American.

India Is Now the #2 Country with Participants in the L. Ron Hubbard Writers...

Writers of the Future: The One Stop Shop for Aspiring Writers and Artists
Scroll to top