It was late April 2018. James and I were hiking Little Si, a small mountain near North Bend, WA. We navigated wet dripping branches and slick tree roots as we tried to rouse our minds and spirits from a season of mental fog that had engulfed us while my husband studied fervently for his Structural Engineer licensing exam. 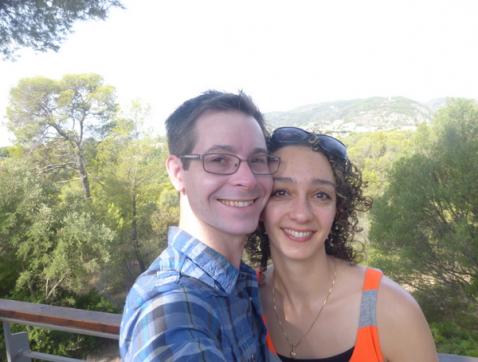 He’d taken the test a few weeks before and would have to wait several weeks for his results. We’d left the kids with my parents and retreated for a one-night stay at a bed and breakfast to heal, spend time together, and catch up on many neglected conversations.

Amongst discussions of our families, hopes, and dreams, James and I also did some goal setting. James’ goal was to pass this SE test. It boasts a statistical 30% pass rate. It might take him more than one try. 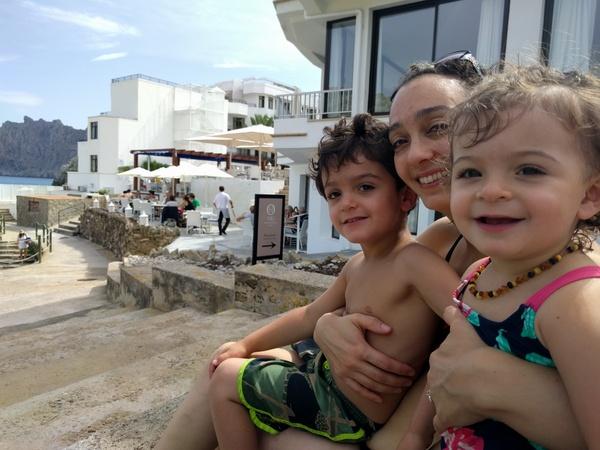 At the beach with the young’uns!

My goal was to place among the winner’s ranks in Writers of the Future–a global Sci-Fi and Fantasy short competition. I thought I should give myself five years, vowing to submit one short story for every quarter. If by the end, I still hadn’t won, I’d at least have honed my writing skills with small, specific projects on which I could focus on while our kids are young.

October 4, 2018. I was standing by my front picture window when I got the call.

I dropped into the black IKEA armchair from my grandfather, shaky with anxiety. The woman on the phone informed me that I was a Writers of the Future finalist. I was shocked. I actually thought I’d made no headway in the contest. Now I was being told I’d made it to the top eight stories.

And then? Hurry up and wait. I waited three weeks. 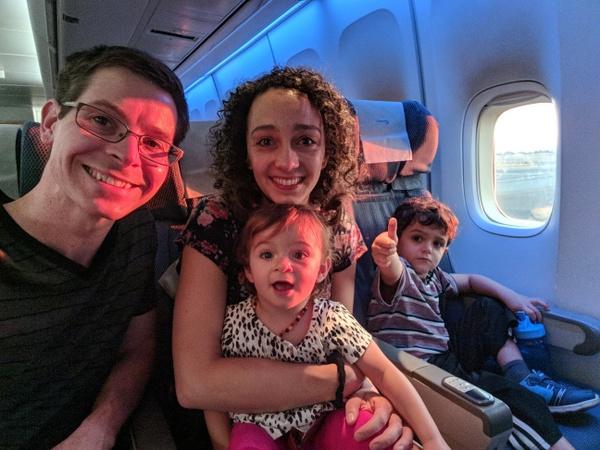 About to fly internationally for 15 hours…

My first week of waiting I was an anxious, sweaty wreck. I slept 3-4 hours a night. The second week, I started to lock down into tight-fisted anxiety. By the beginning of the third week, I heard God say, “I’ve heard your prayers. I know what you want, Elise. Now let me take care of it.” I taped Exodus 14:14 on my bathroom mirror. The Lord will fight for you; you need only to be still. I transitioned into a place of precarious peace, but it was infinitely better than the sleepless wreck of the first week.

As I waited for the news of whether or not I’d win the contest that I’d made into my all-encompassing writing goal, I imagined myself as Schrodinger’s cat. Both alive with joy and dead with despair. (Yes, I’m dramatic with my analogies. That should come as no surprise by now).

Finally, on the morning of October 26th, I received another call. Poetically, I was standing beside that same, sun-streaming window. And no, I hadn’t been rooted there for three weeks, you smart-ass. It was poetic like I said. 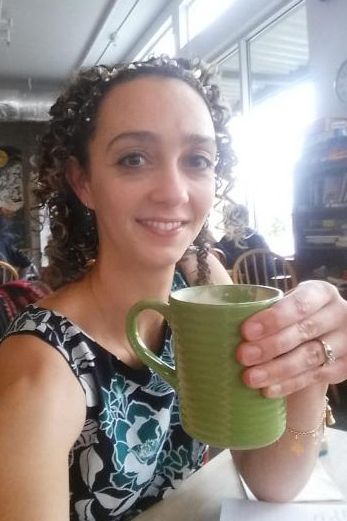 I took this pic the day I got the call!

She told me I’d won first place for the quarter. My little story, read by kind critics and harsh critics, read on my laptop screen till my eyes burned, read out loud to my husband until my throat was dry…that little story had turned heads enough to be awarded a prize in an international contest. It didn’t feel real, but there it was, my name displayed for the world to see as if to say:

This girl can write.

A new chapter is opening. You guys, I’m going to be published in a sci-fi and fantasy anthology that hits national bestseller lists each year! I’ll attend a fancy awards gala (I’ll probably trip on my dress and laugh when we’re all supposed to be quiet, but that should make everyone more comfortable, right?)

They’ll give us writer winners a special writing class and fly us down to Los Angeles for everything.

Yes, it feels like a dream. I’m honored by the favor, overwhelmed by its magnitude. Very grateful to my friends who have supported me and read my drafts and encouraged me in so many ways. Thankful to my God who continues to show that he has some great plans that involve my writing.

It’s time for victory dancing, you guys! In April, I’m going to Hollywood!! 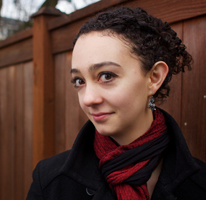 Elise Stephens began her career in writing at age six, illustrating her own story books and concocting wild adventures. Stephens counts authors Neil Gaiman, C.S. Lewis, and Margaret Atwood among her literary mentors, and has studied under Orson Scott Card. She dreams often of finding new ways to weave timeless truths into her stories. She is a recipient of the Eugene Van Buren prize for fiction. Her novels include Moonlight and Oranges (2011), and Forecast (2013), and Guardian of the Gold Breathers (2015, INDIEFAB Book of the Year Finalist). She lives in Seattle with her family.

Another article you may be interested in: Brand New Science Fiction

Writers of the Future 3rd Quarter Standings for Year 35