A friend recently asked me about ways to improve your chances in the Writers of the Future contest.

I thought it was a good question, and I thought my answers were a nice summary of lessons learned. So I decided to share them here as a simple set of “rules”—in quotes, because they can be broken, and they’re no guarantee, but they’re good guidelines.

But before I get to the rules, I must remind you of the most reliable way to win the contest: write an excellent science fiction or fantasy story, 17,000 words or less, and send it in. Honestly, that’s the best thing you can do. Keep working on that!

Now for the rules…

That’s a good start. Nothing guarantees a win, of course, but these “rules” will move the odds in your favor. 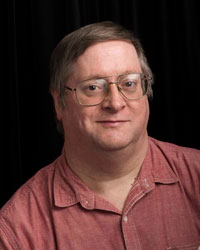 Martin L. Shoemaker is a programmer who writes on the side… or maybe it’s the other way around. Programming pays the bills, but a second place story in the Jim Baen Memorial Writing Contest earned him lunch with Buzz Aldrin. Programming never did that!

Notes to the New Artist by Edd Cartier