There are two different ways to interpret the question of how to start a story. One is about the process of beginning to write a story, and one is about what should be at the beginning of a story.

For some writers, me included, the two different interpretations tend to overlap: most of my stories begin with a revised version of what I wrote when I started writing the story. (My story Betrayer of Trees, which was my winning story in the Writers of the Future Contest, is a notable exception. I had to go back and add a new scene at the beginning.)

That said, I’m going to focus on the question of what should be at the beginning of the story.

When I’m trying to figure that out for a new story, I try to remember something I learned during my five years of reading manuscripts submitted to Orson Scott Card’s InterGalactic Medicine Show: Begin with an interesting character in an interesting situation. As an assistant editor, I was much more likely to continue reading a story that began in such a way.

Now, you may think that advice is so obvious it’s not even worth mentioning, but you’d be surprised how many manuscripts begin with a boring (or bored) protagonist doing something boring. Even characters with fascinating backgrounds and attributes tend to be less interesting when they are bored.

One reason writers do that is that they’ve heard the advice that you need to show what a character’s life was like before the “inciting incident” that puts the character on the path to adventure. That’s not bad advice, but it’s best to show the character involved in something that interests them rather than something that bores them.

OK, so what makes a character interesting? This will, to a great extent depend on the interests of your target audience, of course, but here are a few general character aspects that can help interest the reader:

And what makes a situation interesting? Again, this depends a lot on the interests of your target audience. It could be an explosion-filled combat scene, a dog birthing puppies, or simply a conversation. Here are a few considerations:

I hope these tips will help you figure out the best way to start your story. Good luck! 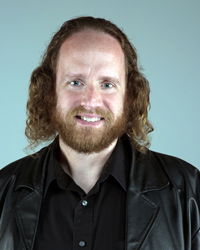 Eric James Stone is a Nebula Award winner, Hugo Award nominee, and Writers of the Future Contest winner. Over fifty of his stories have been published in venues such as Year’s Best SF, Analog Science Fiction and Fact, and Nature. His debut novel, the science fiction thriller Unforgettable, has been optioned by Hollywood multiple times. The son of an immigrant from Argentina to the U.S., Eric grew up bilingual and spent most of his childhood years in Latin America. He majored in political science at BYU and then got a law degree from Baylor. He did political work in Washington, DC, for several years before shifting careers to work as a programmer and sysadmin, Eric lives in Utah with his wife, Darci, a Writers of the Future Contest-winning author herself, in addition to being a high school science teacher and programmer. They have two children. Find him at ericjamesstone.com.

Writers of the Future Volume 36 Named 2020 Foreword INDIES Book of the Year...
Scroll to top